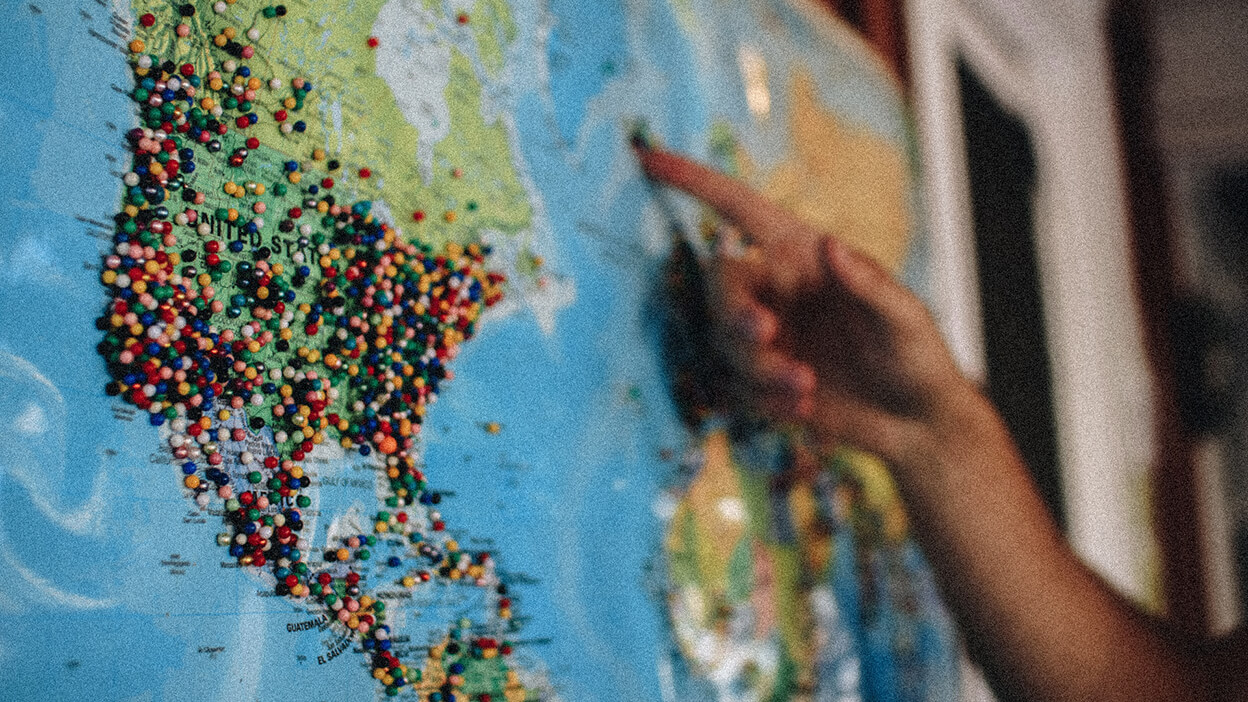 5 Types of Location Data Sources (and their Pros and Cons)

Knowing what kind of data to use in your analysis is half the battle. Here's a brief overview of 5 major types of location data sources.

"The two most important requirements for major success are: first, being in the right place at the right time, and second, doing something about it." - Ray Kroc, founder of McDonald’s Corporation

McDonald’s was founded in 1940 by two brothers, Richard and Maurice McDonald. Ray Kroc joined several years later, and while the brothers focused on the internal workings and the quality of their restaurant chain, Ray Kroc focused on Real Estate and ultimately found vastly more success. The quote above may have been intended to be about capitalizing on opportunities when they present themselves but taken literally as “location is crucial” it is almost more uniquely relevant to Ray’s success.

Now more than ever, location decisions, like retail site selection and geographically targeted marketing, are not only increasingly crucial and difficult, but also more valuable than ever. Technology has made more and richer data available for these decisions, which can make you more certain of success; on the other hand, neglecting such data can make errors more damaging. Several datasets are out there that illuminate a different part of the story, and when used together, you can discover really powerful insights. Which data sources you should use depends on what kind of location questions you're trying to answer. To help get you started, we broke down a few common sources so you can make sure you've got the right datasets for the problem at hand.

One of the earliest examples of a census comes from ancient Rome. At that time, a process that became known as a “census” was instituted in order to obtain an accurate count of men suitable to fight for Rome. Today, we use a census in the United States to gather a wide swath of demographic and economically relevant data on every citizen in the country. The census may be the most well known and established geographic data used in geographic decision making.

Though the U.S. Census has incredibly thorough and accurate information, it ages quickly and is only updated once every 10 years. On another note, sometimes we may even be uncertain that a decennial census will even come out. One supplement to this quick aging problem is through annual estimates done by the American Community Survey (ACS), also known as survey data. This organization continually collects much of the same information obtained during the census, except in a much smaller random sample on an annual basis. These estimates can then supplement our aging understanding of the latest decennial census.

One of the major flaws of Census and Survey data is that many industries don’t care about some of the shallow details provided in these data sources. A brewing company could look at geospatially distributed demographics and conclude based on age, gender, religion, and income levels, if a certain market is viable for their product. However, what they really want is direct access to a number telling them how many individuals enjoy their style of beer. This is where psychographics come in. Psychographics are statistics about people's values, interests, and habits. While demographics are often a shallow proxy, psychographics give deeper insight to who a person actually is. In the two most prominent categories of psychographics, one is derived from assumptions about demographics, and the other derives psychographic assumptions from purchase behavior.

As mobile phones have become exponentially more advanced over the last two decades, not only have they dramatically changed the way people live, but they also transformed the personal data collection landscape. GPS technology has allowed mobile apps to track and record a person’s every movement while using their phone. This information, collected at inconceivable quantities can give companies precise information about where people go, where they come from, how long they stay, and at what time they leave. Although this information has some pretty big gaps on who a person actually is, it can be very useful for companies interested in getting an accurate account of how many people spend their time and where.

Also accompanying the ever increasing number of features on mobile phones is the ability for users to willingly find and share more information than ever before. With mobile connection speeds becoming quick enough and GPS being almost universally available, people have begun to take part in geotagging on a massive scale. Geotagging is the act of marking a specific location with a thought or note for others to see, typically relevant to the location or the person. This occurs through Twitter, Instagram, restaurant reviews, and other mediums. The result is a rich mosaic of people’s personality and intent painted over every city, changing with each additional contribution. Digging into this information can be an overwhelming challenge, as it is the intersection of ethnography, spatiotemporal analysis, natural language processing, and often deep learning. However, when utilized correctly, this data reveals new insights about location and psychology, which improves site selection, marketing, and market optimization.

Each of these data sources reveals part of a larger story regarding location. Each one brings its own strengths as well as limitations and biases. They key lies in knowing which ones are most relevant and useful for the problem at hand. At Spatial, we specialize in geosocial data and believe it has the power to solve real business problems by revealing deep insights into human behavior around specific places. 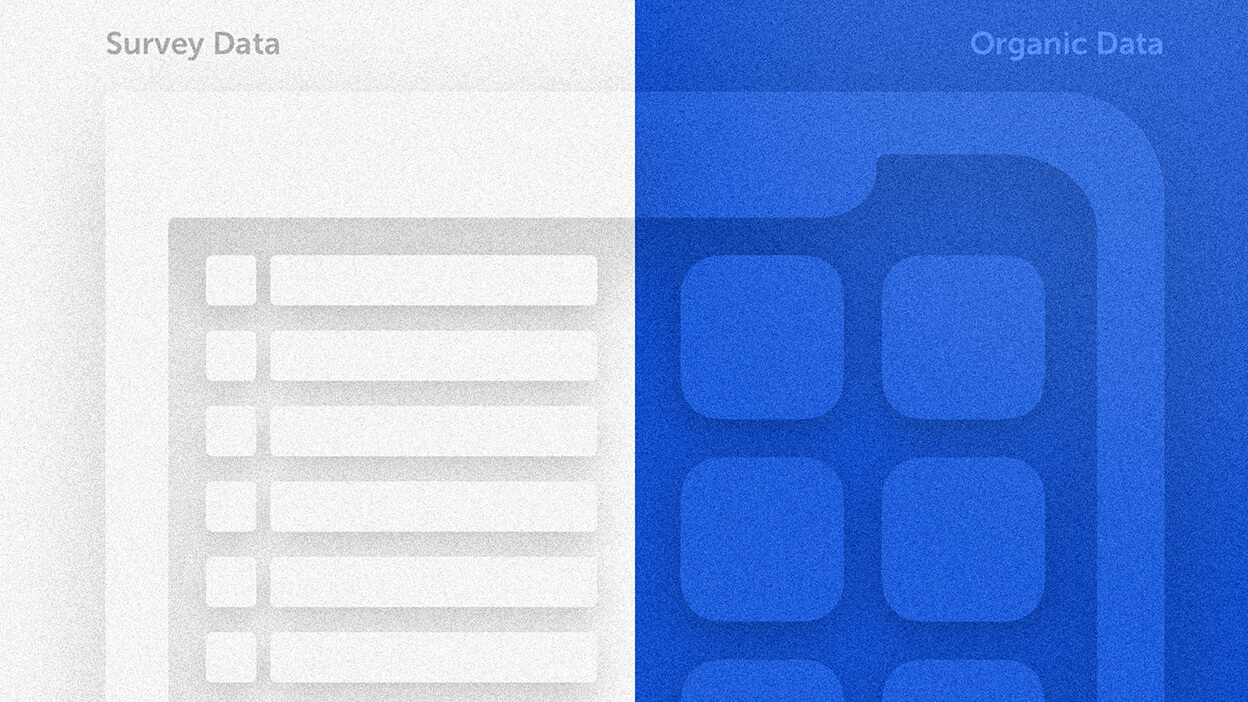 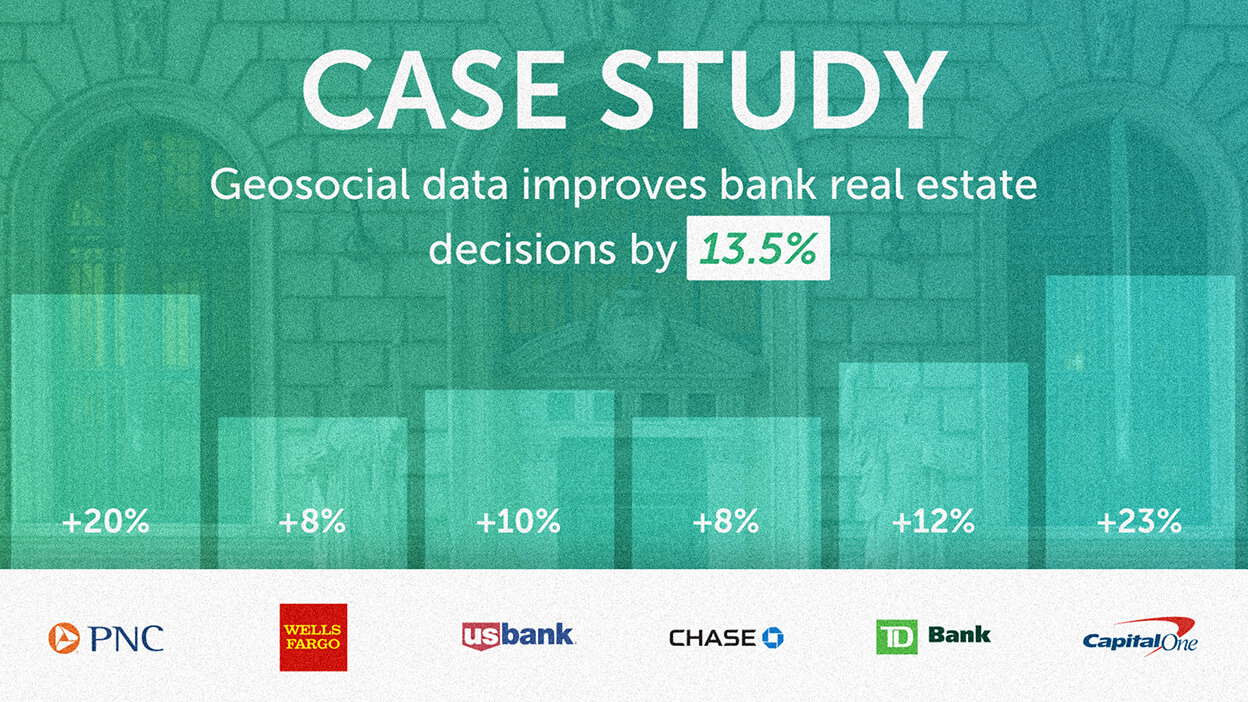 A look at how banks can leverage social media date to improve site selection decisions. 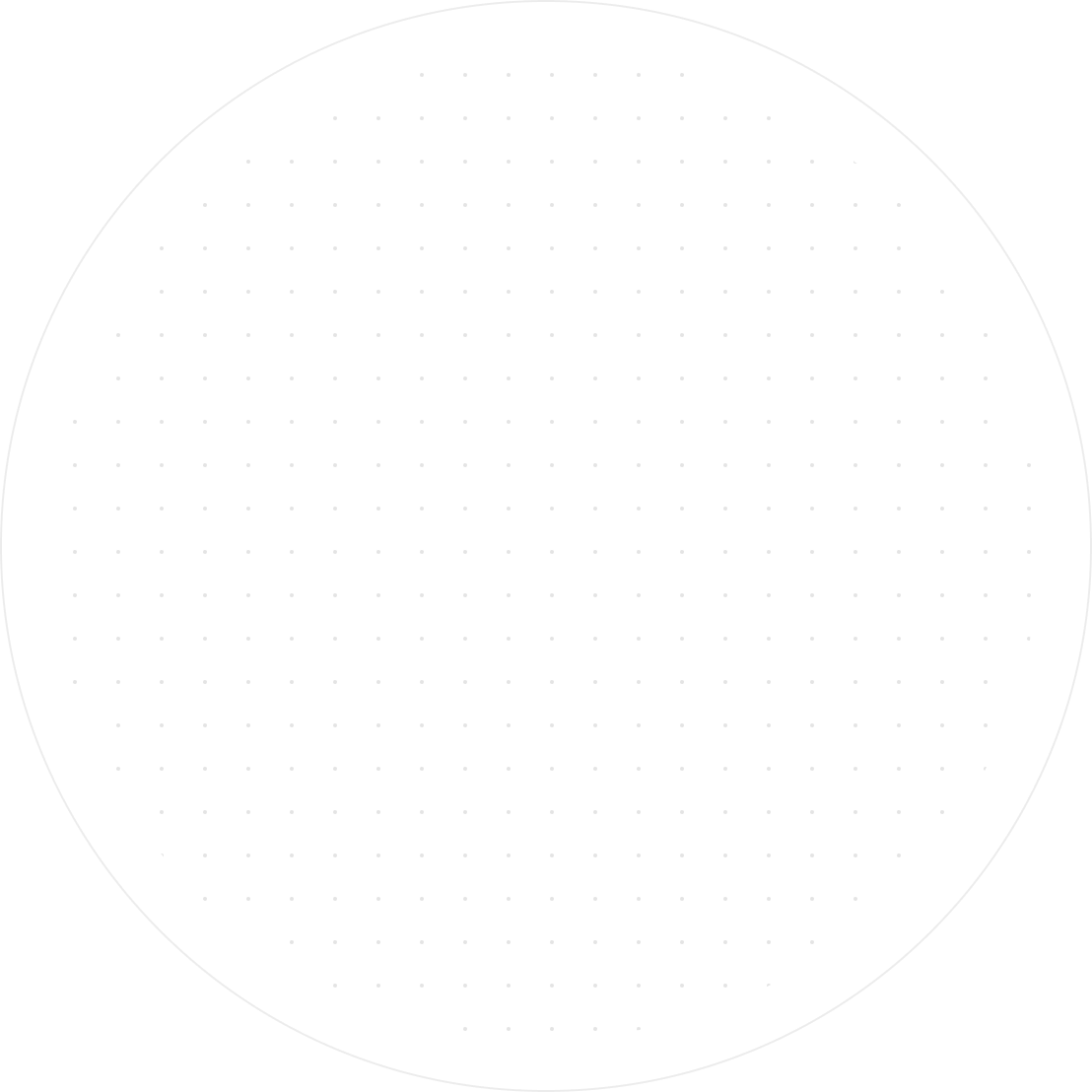